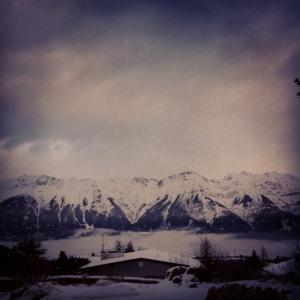 It has been a while since the last post, but nothing especial happened on the climbing side. After we left Spain at the very beginning of January, we drove to Innsbruck to move home. It has been a busy period, trying to collect all our stuffs, which were spread all over in different places (and countries ;) ), but we now managed to do everything and I can finally say that I’ve a place where I feel at home. That means a lot to me, as I spent the last year traveling around all the time, which is of course really nice, but sometimes  it’s also very tiring and you can really feel that you need to spend some time  in a place you call “home”.

When I left Spain, my original idea was to spend the whole month practicing ice climbing, but when I arrived in Bolzano it was 18° C, which made me quickly change my mind…after some thoughts and as  I’ve never tried to train again after all my injuries, I took the “hard” decision to dedicate the  3 following weeks only to climb in the gym to gain some strength and to be better prepared to achieve my goals of the year. It was very hard for my body to get back on training, but unexpectedly it wasn’t for my mind.

I love to share those moments with Mél: it is so much easier to go trough training together, to motivate each others when there is an hard moment and to keep the focus on our goals, even if there are completely different. Everything seems easier when you are two: it’s a big “chanche”! :) 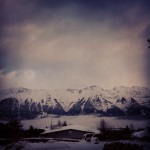 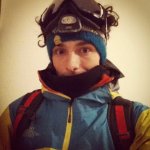 After this period I had to dedicate 10 days only to route setting: I made a non-stop tour of all the gyms where I had to set, which completely destroyed my mind and my body… I really enjoyed to grab the drill again, but it was very tiring and I feel that now I have to chill a little bit at home, climbing and skiing, before to leave for Hueco in a bunch of days :)

By the way, I had a nice meeting with the TNF team to start planing the next edition of the TNF Kalymnos Climbing Festival, which will take place from the 10th the 13th of October: mark this date on your schedule….it’s going to be even better than the last edition!

From: Uncategorized
← Christmas update
Back in the US →