Two months ago, when I got a phone call by TNF offering me the opportunity to flight to chile for the “master of bouldering”, I immediately accepted. I’ve always wanted to visit that country and the combo “competition + a 3 days roc trip” sounded perfect! Caro and James had the same reaction and they also joined immediately the trip.

Furthermore I hadn’t took part in a competition in a while, so I was quite curious to try to get back in that game again. The only negative point of all that was the flight schedule… 30 hours of travel… but well, I could afford it for such a nice deal ;)

Basically everything looked perfectly, until I got injuried in Hueco and the finger didn’t recover….

I contacted  the guys of the organization, hesitating if going or not, as I wouldn’t be able to compete and they invited me for that. I was very surprised when I got the answer of Tòmas (the organizator of the event), saying: Oh man, sorry to hear about you injury; but don’t worry about the competition, come anyways, we will show you around and you will have a lot of fun! … and that’s exactly what happened!!!

After the long travel and the bad austrian weather, I was quite happy and surprised when I landed in Santiago: a perfect sunshine and a hot breeze gave me a nice welcome. I joined James and Caro in our (super) hotel in the city center and after a while Tòmas, the man behind all the event, picked up us to bring us to a nice lunch with the rest of the staff; I got immediately surprised of the friendliness and the kindness of all the team and of the Chileans : they all did their best to welcome us in Chile and they did in the perfect way!

The plan for the next two days was the “Master de bouldering”. First I thought not to compete, as my finger hurt a lot and I was scared to make it worse… but after having seen the wall and having realized that if I hadn’t competed, I wouldn’t have climbed for one week… I took the decision of take part at the event, but I obligated my self to take it easy and to stop if my finger would hurt.

The North Face Chile definitely put up one of the best master I’ve seen so far: the location, the wall, the isolation zone, the staff, the problems,  the crowd, the way how they treated the athletes … everything was perfect and well planed. I really hope that they will make it to organize a world cup stage in the next years: they would deserve it!

Well, I couldn’t climb hard ’cause of my finger, but we had a lot of fun doing the comp; the highlight was for sure James, who competed for the first time in his life, and he did it pretty well! The final during the night was a great show, and it was impressive to see how many people came to watch the comp and to cheer for the athletes. Felipe and Caro did their job perfectly, but everybody gave his best and made a great show.

After the comp, TNF organized a huge dinner for all the athletes, with a LOT of argentinian meat and piscos… but it’s better not to tell the rest of the night ;) 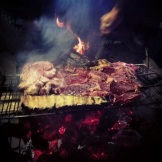 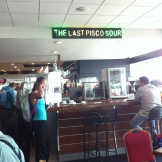 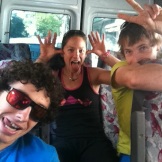 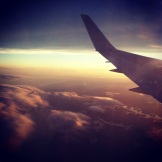 After one chilling day, we packed up our stuffs and we left  the hotel for a 3 days roc trip in Chorriboulder, a beautiful place in the hearth of the andes. We drove during the night and after we put up our “base camp”, Diego showed us some amazing barbecues skills :)

It was such a nice surprise to realize where we were, when we woke up in the morning: we slept in the middle of a never ending boulders field surrounded by high mountains and a 5000 m volcano… it was such a nice feeling to be there and to share this with friends. The only negative point was the rock, as it is not very solid conglomerate and so you can’t really climb everywhere, but it is good enough to enjoy some easy problems in a perfect spot.

We spent the two following days climbing around, grilling a lot of meat laughing and of course…complaining about the skin ;)

After we drove back, Tòmas offered to Caro, James, Matt and me to spend our last day in Chile on the beach. We slept at his place on the beach and on the morning we headed to Valparaiso, which was the most important harbor of the pacific before the built of the Panama Canal,but it has now became a crazy and colorful city. We spent the whole day hanging around, visiting the streets, eating the local plates and slack lining on the beach, before to dive back to Santiago for our last night.

The evening we gave a small and convivial slideshow of our activities in our Hotel room, trying to remerciate the TNF team for their  friendliness and for all what they did for us; it was funny to hang out all together in a hotel room, eating pizzas and watching some serious and some less serious videos. After that we went to the city to end up our stay in the chilean way ;)

It has definitely been one of the best trip I’ve done so far; I’m not speaking about  the climbing aspect, but mostly about the global experience we had. I really want to remerciate all the people we met, who made our trip so funny and with whom we shared all those moments: thank you guys, I really hope to see you next year! 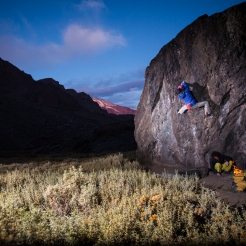 I’m on my way back form Chile right now, where I had an amazing time! It’s hard for me to resume all that in a short text, but I’m working on it ;)

I’ll post it as soon as I’ll arrive at home, but by the way you can enjoy a small choice of pictures I took in the last days…

Stay tuned for the text!

It’s strange how sometimes we can just say the negative aspects of something, when we are pissed off with something else.

That’s actually what I understood by reading again my last post about Hueco. I could just express the negative aspect of my injury, but I wasn’t able to transmit all the good moments and memories I shared with all my friends… which is actually one of the most important thing for me and for my vision of life, traveling and climbing.

I love to get back at home knowing new people, places, cultures, stories; and having shared all that with the person I love or my friends. I feel richer after every trip.

It’s hard for me to express and to tell all these feelings in words. The best way would be to live all those moments again… but, as it’s kind of hard ;), I deem that pictures are the solution.

Here we are!  It took a while, but now you can enjoy some moments of my last trip to Siurana and the ascent of Jungle Speed.

I hope you will enjoy it.

The day after the last post, my finger hurt a lot when I woke up. It was really easy to understand that it wasn’t just sore from the climbing, but that there was something wrong with it.

Two days before, we wanted to have a look on Slashface, one of the most impressive line of the park; we warmed up very quickly and we jumped directly on it. The crimps aren’t bad, but as there are not a lot of footholds, you have to pull really hard on your fingers…and that’s not a good thing when your fingers are still cold ;) After some tries my left ring finger was sore, but on the moment I just thought that I was getting tired…

… but  I got my surprise the day after!

I rested one day and I climbed the day after, but my pulley was hurting too much: injuries always suck, but when you are on a climbing trip, in which you invested a lot of energies, efforts and money…they suck even more!

In the last years I had a bunch of different finger injuries, mainly caused by keep on on climbing even when my fingers were hurting, and I alway had to take a long period off. I’ve learned the lesson, and this time I decided to rest before my finger would hurt too much. I was pretty confident that with a break of 10 days, everything would be alright.

I’m not so motivated for bouldering and I was really afraid not to be able to try the project in Saustal this spring, which means a lot to me, and so I guess that was the best decision.

It has just been really hard to spend the next week hanging out near all those rocks in the park, watching the others climbing and getting fat eating all the food I could grab. With all the stupid regulations of the park you can’t even go around for a walk or a run.

This trip has been for sure the worst one I’ve done so far and I was quite happy to land back in Munich 2 days ago.

Luckily there isn’t just the climbing side on a trip! I have to say that we have a lot of fun with the rest of the team, and it was really nice to hang out with them and with all the old and new friends we met there: we had really good times. I love this aspect of traveling.

A special thanks goes to Ricky, definitely “the man” out there, who made us laughing all the time, showed us every single boulder in the park and every single burrito’s place, and guided us trough the STUPID park’s regulations: thanks Ricky-o :)

Now it’s time to start climbing again, trying to recover and get in shape before to leave for Chile in one week… time runs too fast! I can’t wait to be back on the Saustal project when I’ll come back from South America!

Here some more pics I took during the long days of rest ;)