After our trip to Utah, I had just a few days to rest at home before I took my next flight: destination Kalymnos!

As every year, I used to do a short visit on the island in April, in order to search a new crag to bolt for the TNF Fetsival and to start to do the job. This time the crew changed and James and Caro joined the party. We had just one week time, so we had to hurry up! I spent the first 2 days hiking and driving around, looking for some potential lines… and !thanks! to the big help of Claude Idoux and his rescue team, on the third day we found the right spot. I can just say that the place is amazing, but you will have to join us at the Festival to see what it looks like ;)  We spent the rest of our days on the island, bolting and cleaning some new routes… and I can’t wait to see the final result! 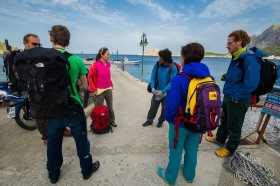 After we left the island, I had just a couple of days to do some work at home, before I had to leave again for the Melloblocco. At the beginning I was a little bit skeptical about going there, as it rained the whole week before and the weather was supposed to be very bad during the event…. anyways…it’s not something new that it rains during the Melloblocco ;)

I had to present “Zembrocal” (the film about our trip to La Reunion) on thursday night, so I drove for the first time already on wednesday evening to the valley. The original plan was to have a a look on a trad multi-pitch route, which was freed by Simone Pedeferri  some years ago, but as nobody was motivated to team up, I ended up bouldering a little bit down in the valley. The weather wasn’t great on the first 2 days, but on saturday it cleared up and the sun came out. It was very nice to meet again a lot of old and new friends, so I decided to spend also the last days playing around on the boulders field: at the end I had no more skin, but it was a lot of fun! …and so, I had also for this year my bouldering “dose”… now I can wait until the next Melloblocco ;)

The longest boulder ever… 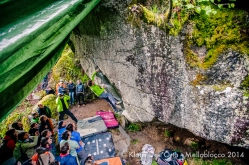 Luckily some problems were covered

The longest boulder ever…

After that, we decided to spend the next few weeks around Austria, trying to get some fitness back after one month of crack climbing. …and actually it was one of the best choice we have made! Even if I have been based in Austria for many years now, I have been traveling so much that I rarely climbed in my “home areas”; I really enjoyed to visit all those different crags, climbing a lot of classical lines between Oetztal, Zillertal and Voralberg, and spending time with nice people. I was lucky that the shape came back pretty fast, so I could climb most of the routes first or second go, which means I had time to climb a lot of different lines :)

Cookie Flake, Elements of addiction, Caramello, Erntezeite, Jambalaya, Reifepruefung, Total Brutal, Erkenntnis, Behind the Tree, Black Mamba are just some of the routes I had the opportunity to climb during those two weeks. The weather was almost always good and I was so stoked about all the different places I could visit, that I rarely took a day off.

Between all that, we decided to head to Ticino for a couple of days; I’ve basically never climbed there with a rope, so I was pretty happy to check the great potential out. Babsi spent a lot of time there and she was kind to show me around; we drove immediately to Val Bavona, as I’ve always heard a lot of good things about the multi-pitch “Super Cirill” and I wanted to check its beautiful crack out. Babsi’s back was a little bit sore from the last days, so she decided not to climb and she offered to give me a belay on it :) When we arrived there in the afternoon, I was positively surprised by the immense amount of perfect granite and the beauty of the valley; I quickly racked up and give the route an attempt. Everything went fine until the technical dihedral before the crack, where I fell and it took me quite a while to figure out the beta. I lowered down and gave it another try, but my foot slipped again.  I decided to quickly check out the crack pitch and we rapped down as it was freezing cold… unbelievable for may. The day after Babsi’s back was even worse, so we decided to chill out, take a rest day and drive back home. Luckily after a couple of days the pain disappeared  and she started to climb again:)

We arrived back home late in the evening, but I was so motivated from the beauty of the line, that I immediately searched a partner for the next days.  Luckily Luca (Schiera) was also interested in the route, and so after a short night, I drove straight back to Ticino for a day. I arrived pretty late, as I found a lot of traffic due to the bad weather, but we still had enough time to climb. I led all the pitches, but I fell on the crack pitch with frozen fingers… that’s crazy for may in Ticino! Luca checked the pitch out too, and after that I had another go, fighting until the next belay with a big smile on my face: what a dreamy pitch! We climbed our way up trough the last easy pitches and we rapped down just before it got too dark. As we both had to do something on the next day, we immediately got back in our cars and we drove home…well that was a long day out! Thanks again to Luca for the cool afternoon. 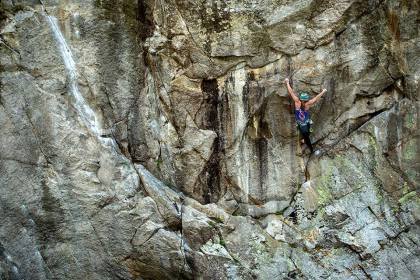 At the end of the month I had to set for the European Youth Cup in Imst. It’s always very tiring, but at the same time very funny and motivating to work together with Jan “Janny” Zbranek and the Knabl family; it’s  just a pity that Paulo wasn’t there this year. The organization was great as every year, and even if we had a loooong last route setting night before the finals (we went to bed at 5 and we woke up at 7 ;) ) it was definitely a positive experience.

In the meanwhile, between some more route setting in Bolzano, and the Natural Games with La Sportiva crew a couple of weeks ago, another adventure has started… but this is another story … ;) 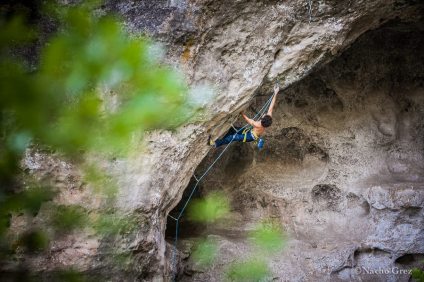 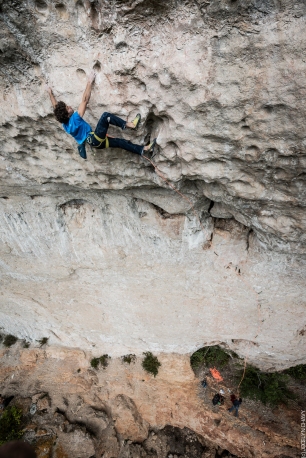 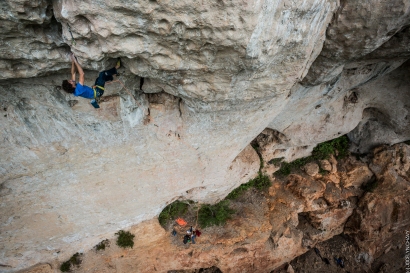 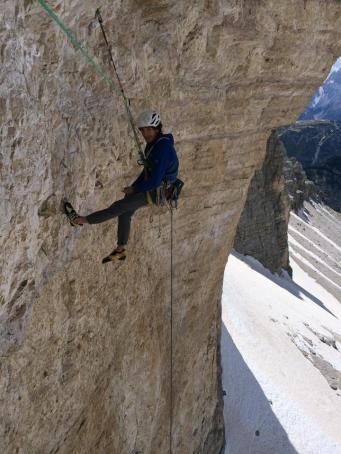 Happy to be out on something long again 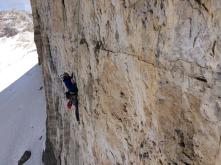 Beauty in the beauty

Beauty in the beauty

From: Uncategorized
← Cracks addiction: back to Utah!
A wet summer… →